"The investment in a new mixer wagon was well thought out, with Wilbert undertaking plenty of research around the ideal wagon for his specific requirements, which due to autumn calving requires the use of a dependable mixer wagon pretty much all-year round. Because his calves arrive at what’s often the wettest time of year, it’s essential to the successful operation of his business that he can adjust his feeding routine reliably and accurately to maintain milk production and days in milk. Feeding out is done on the covered feed pad as opposed to in paddock because of the terrain and soil conditions. It also reduces waste and is better for animal welfare and the environment. To give the stock more space, he feeds around the outside of the pad before the central trough."

"The twin auger Abbey machine of this size is aimed at farmers looking for consistency in their feed, and the VF 2000 allows bales to be added and chopped for an even quality mix. It’s also ideal for farmers wanting dependable performance with minimal maintenance. With a tub capacity of 20 cubic metres, the addition of solid rubber hungry boards allows an additional three cubic metres of space. Wilbert frequently feeds out an eight-tonne load, depending on the feed mix and bulk. On the day we visited, it was a smaller three tonne load to feed the 130 herd still being milked, with the remainder dried off. It’s worth noting that his production levels, even at this time of year, sit at 1.6 milk solids, part of which he attributes to his accurate feed mix." 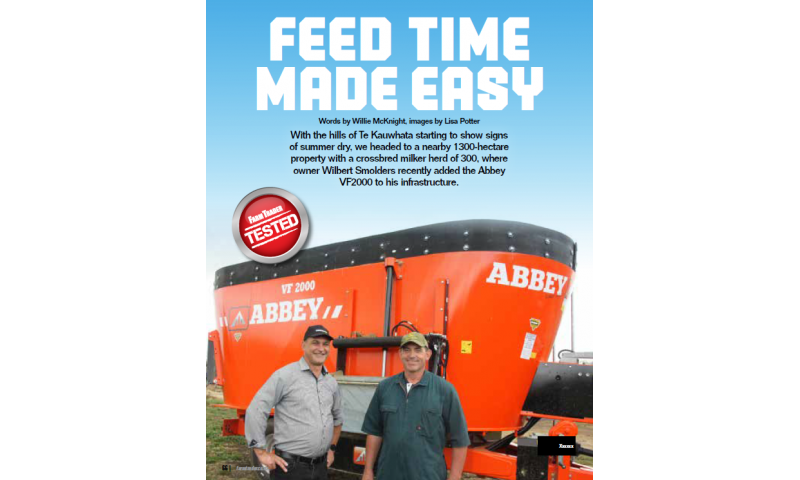 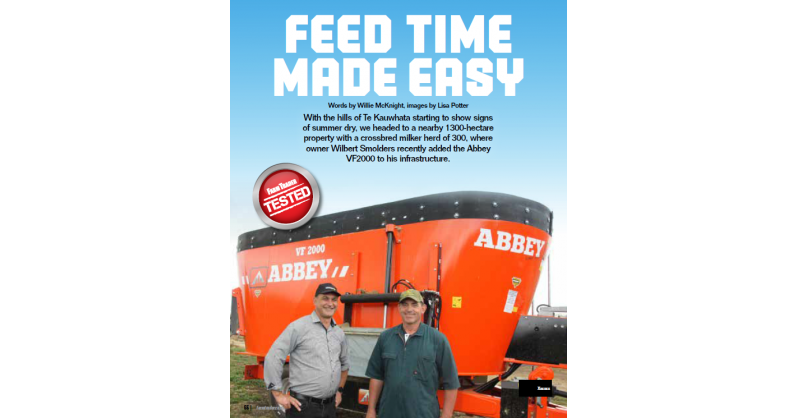